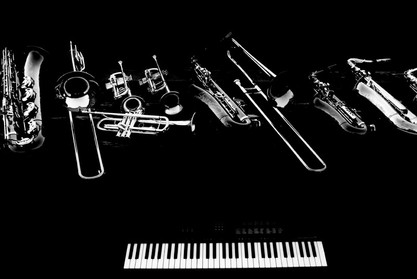 The New England Jazz Band was established to promote and preserve America's most memorable music.  Great composers of melodies from the 20th century such as Cole Porter and George Gershwin have left an indelible mark on both the American music landscape and the world in general.  Countless standard songs from American musical theater and jazz composers such as Duke Ellington, make up the music we present to our audience.  Our mission is to bring the music which has been referred to as the Great American Song Book. Through both original and contemporary arrangements of these standard melodies and songs, our performances seek to entertain and inform our audience of America's rich musical heritage.

Where To Find Us:

Need a band to perform for your special function?

For more information, use our contact form or download our contract directly. We look forward to hearing from you!

Check out pictures of our latest events right here.